Timbertown Treats, LLC, dba Yo Treats, opened as a self-serve frozen yogurt shop in September of 2018 at 401 SE Main Street in Estacada, Oregon.  This previously unoccupied building was purchased by the city of Estacada’s Urban Renewal Agency with the intent to renovate it to meet the needs of two local businesses, lease for two years, then sell to the building’s tenant. The Agency’s purchase of the building included a significant down payment on the purchase price by Yo Treats with the first right to buy the building after the two-year lease period. 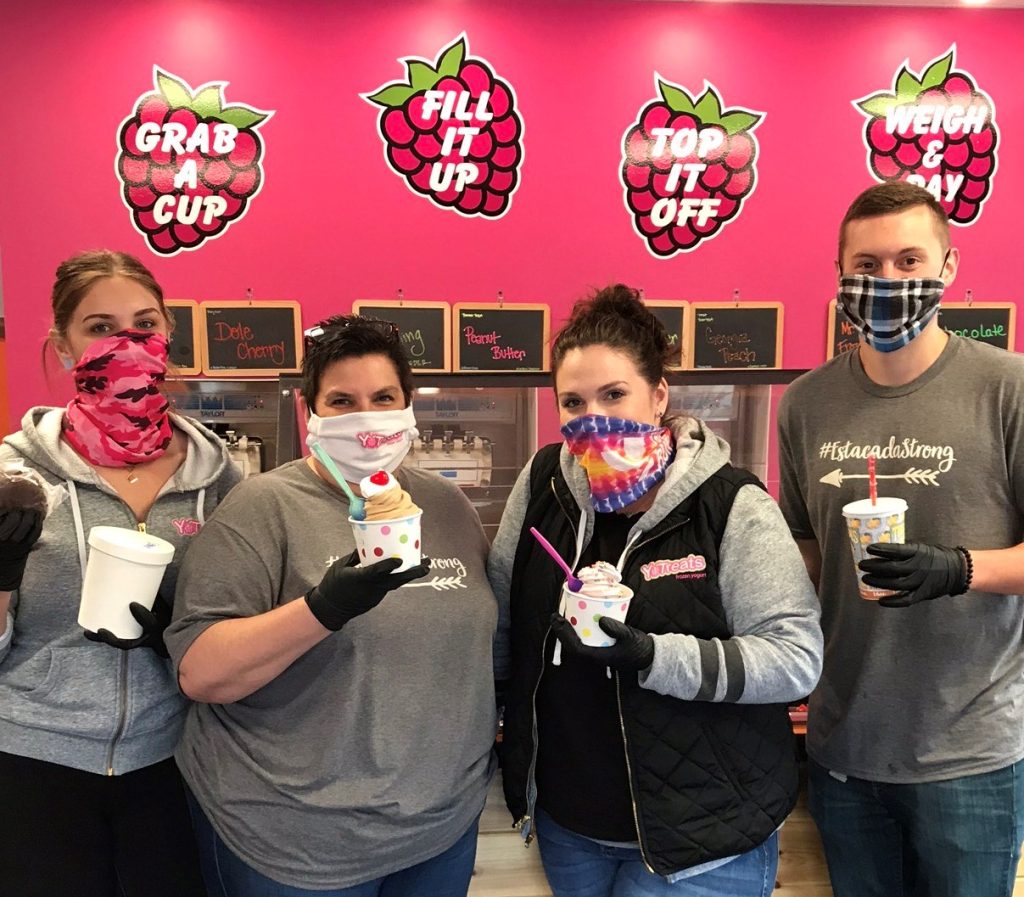 The business was forced to close just a few months before the two-year lease expired due to the impacts of COVID-19.  As the pandemic continued, owner Donnell Evans was able to adjust Yo Treats’ business model to accommodate online ordering with curbside pick-up to remain open. As guidelines continued to change, more drastic changes were needed.  After meeting with the local health inspector, Donnell remodeled the shop and completely changed her business model from a self-serve concept to a product that would be made by employees.  This was a huge change for customers who were used to adding their own toppings and customizing treats themselves.  Business was slow, but Yo Treats was able to stay open and serve the community.  Then in late summer 2021, Estacada was evacuated due to wildfire threat.  Yo Treats closed for two weeks during the evacuation and then experienced further delays in re-opening due to the nature of their product, which requires a week to thaw under refrigeration after delivery.

The City of Estacada worked with Donnell to extend her lease in the face of these challenges, but the original terms of the purchase deal were past due, and the City needed to move forward with selling the property. Donnell began to search for lending to purchase the building, but the business’ performance did not meet the financial requirements needed by conventional lenders. Donnell was referred to the Mount Hood Economic Alliance (MHEA), whose funding assistance has allowed her to successfully purchase the building from the City and fulfill the terms of both her business plan and her contract with the City.